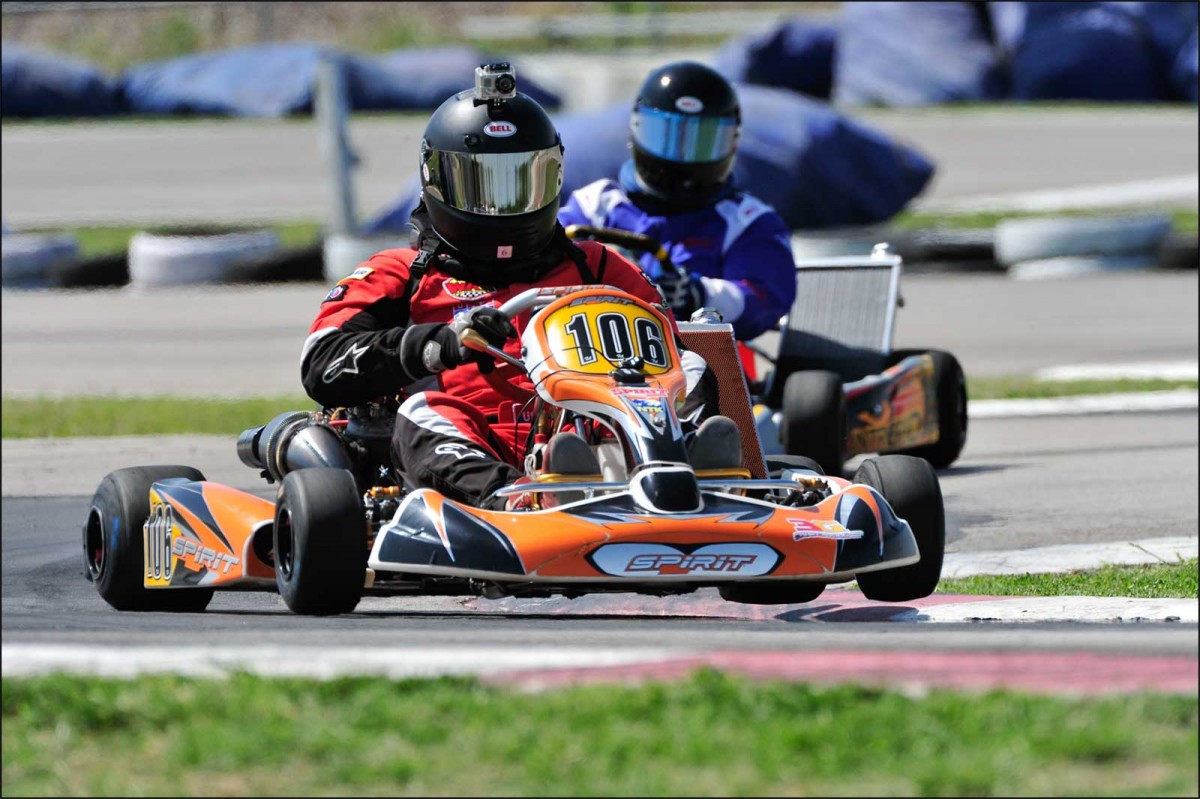 This show features Dave Ogburn who is a multi time SCCA National Champion.

Here are some links and videos from things we discussed:

He mentioned the book "Driving on the Edge" by Michael Krumm.  It's a book I really liked - Driving On The Edge: The Art and Science of Race Driving - Revised and Updated Second Edition

Shifter kart racing onboard from 2011: https://www.youtube.com/watch?v=RyZldOwR1Xs

Street race in the TAG Kart in Ohio in 2009: https://www.youtube.com/watch?v=4D_HZzhXWrQHe also road races but still comes back and autocrosses.

He shares a lot of insights, tips and thoughts for racing from the mental side to setup.

He worked at Honda R&D as a design engineer on suspension and had the MDX front suspension as a project. Interesting hearing how bushings on cars can impact your suspension and thus handling.

He now drives cars on a pad we should be using for auto cross in San Angelo Texas. He says he has learned a ton driving on all season tires. Don't challenge he or Lane Borg his coworker and codriver this year since they get a lot of practice!

He mentions that if you are slow in a certain type of car it might point to a weakness you can improve.

He has been autocrossing with his dad for many years and continues to do so at Nationals.

Biggest improvement has been on the mental side. He also reads a previous guests books...Ross Bentley Inner Speed Secrets: Mental Strategies to Maximize Your Racing Performance

He watches the other competitors and likes to stay calm and relaxed rather than feeling any stress.

He did quite a bit of TAG Kart Racing...who else wants a kart for the track?

Biggest key he learned in karts was getting to the limit and learning to feel it.

He has autocrosses a D Street Nissan Sentra as well as a 350Z Convertible.

He also did Baja FSAE and got to autocross them (He isn't sure what the colleges were thinking).

He bought a formula ford and ran it in CMod in 2008 and learned a lot.

He looks for areas he should be best at as a place that can separate him.

Mentally he focuses less on other people and more on good technique. He likes to rotate on entry.

Uses the DL1 for data and it is more useful with data port data.

He likes to make a car as loose in the slalom as he can handle which makes it better in sweepers.

When it comes to practicing he focuses on car setup or driver but not both at the same time.

***When at nationals he ends the practices with three runs he treats just like nationals as in they count so being clean is key. (I really like this approach as compared to mine which is probably over driving for the fun of it).

Get feedback from people and have them drive your car for you.

His dad asks him after wards about three things he did well and three he can improve on.

1:54 Walking course: 1st walk pick out key cones (circle them on map)
Mark technical areas he thinks he can use as an advantage.
Example: Fast exit slalom vs. slow exit.
He will stop after a section and rerun it in his mind and any previous sections.
He visualizes as the front view of the car like he is a GoPro on the front.

He does not preplan inputs.

He has his codriver walk them through the course - what are they seeing and planning to do.

At nationals he thinks about being as fast as possible.

He only looks at video of someone he trusts.

He thinks about the position of the car relative to cones as well as direction it is pointing.

“We are a participant in the Amazon Services LLC Associates Program, an affiliate advertising program designed to provide a means for us to earn fees by linking to Amazon.com and affiliated sites."> 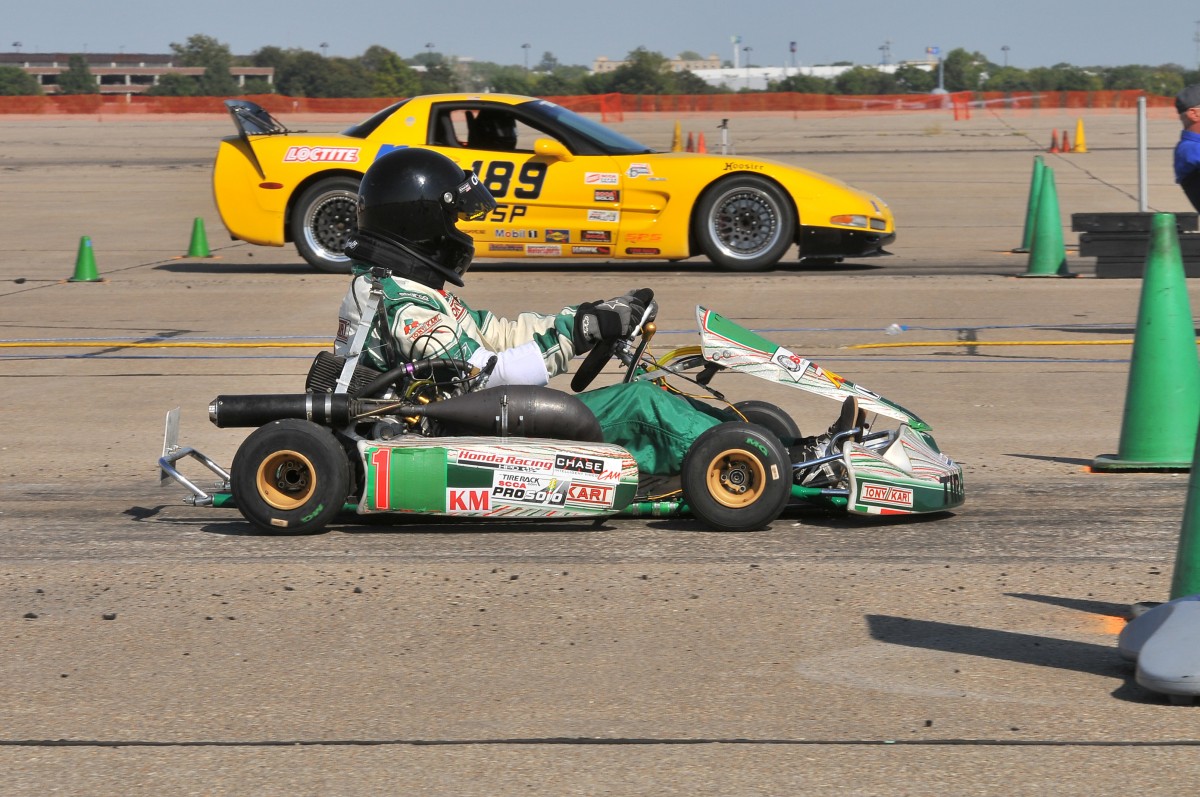 Paul also has won 2 Pro Solo over all end of year Challenge Championships.

He has 8 Solo Autocross Championships and 7 of those in a row. He was on the cover of Sports Car magazine as Superman.

He is super when he is in his kart. He shares a lot on this podcast and one thing that stands out is how he plans/memorizes a course as separate parts "chunks".

He started in cars at Texas A&M and would like to get back into F Street "maybe". He is living in San Diego so if you have a F Street car for him to drive and setup let him know!

He started in karts in SCCA in the late 90's when the class was new and everyone was trying to figure it out.

He really advanced when he partnered with Eric Nelson of SeventhGear.com.

After racing on the track they really figured out how to set the kart up (more time in setup than in the engine).
Tip** Put the seat where the designer intended it to be.

Make big changes to the kart and use the time on the clock to gauge how the changes are working.

He compares autocross courses with kart tracks (tighter turns on tracks).
He talks about Super Nats in Vegas.
27:00? He covers advice for Kids Karting including buying a newer kart.
31:? 43%/57% weight balance - he advises to put the drivers seat where the manufacture planned for it to be.
36: How to buy a used kart - roll it to see if it is bent. eKartingNews.com
39: Sports Car Photo Shoot
42: How he handles the lights for ProSolo including needing to add cardboard to keep from a red-light from the staging light from flickering when launching.
45: Line choice and car vs. Kart, how tight should the seat be? (It should have some slop)
54 Walking Courses - he breaks his plans down into chunks and forgets the previous chunk when entering/loading the plan for the next one.
56: **** He looks for cheats which is like finding places where people are setting up when they don't need to because their entry speed isn't high enough to warrant it.
Recommends walking the real line.
Everyone late apexes so where can you cheat and not do it?
1:06 Know you enemy - Mental side of racing. The course is your challenge not people.
1:08 Course walks - Real vs. Social
1:14 Nationals walking - walks both courses before running either one.
1:21 He ignores his class (Well how they are doing time wise).
Only concentrate on the thing you have to do.
Focus on the first thing - Example at a pro get a good light so focus on the lights only.
Get your car sorted by June and don't touch it.
How much does it cost to have a competitive autocross shifter kart?
Always get a time - never actually DNF incase you get a rerun.
1:51 How to attack all three runs - Make the first one a bit conservative (Although he has flown off the course the first run the past two years).
Experiment

Visit his sponsor at www.Seventh-Gear.com for your karting goodies as well as Karts.

What did you learn? What questions do you have (Please let me know)?

Mike Junior Johnson is this weeks guest. He is not only a decorated Autocross champion but also owner and instructor at EvoSchool.com - Evolution Performance Driving School.

When I asked him what he thinks he is best at his answer was Teaching so listen in for some great tips and insights for autocross racing.

He covers a lot including his love for racing the Baja 1000 (He would consider moving there!).

We start with his early beginning in Autocrossing. He was a Honda Fan boy and Andy Hollis noted on facebook. He really liked CRX's and owned a 1988 si. Later on he won in a 1999 civic si.

6:30 - He talks about winning his first Pro Solo (He also has been the over all challenge winner for the year).
14:00 FWD vs. RWD
16:00 He was over aggressive when he began and talks about instructing people on both ends of the aggression scale.
24:00 Watched and learned from watching Mark Daddio be really aggressive after hitting a cone. (Oh and course workers are called course WORKERS for a reason.)
21:50 Don't be aggressive on corner entry
26:40 Question he most often gets is "Where do I brake" - Answer he can't tell you that, your butt should 🙂
Apexes and Trail braking are talked about to much.
28:20 Have FUN - Autocross is Hard
31:30 2 Important things: 1. Self Critique 2. Be honest with your self - could you do it better?
33:00 Phase 2 of Evo School teaches you to be our own instructor.
34:40 Look to the middle of the corner and ask how will I get there?
40:00 Anticipation is a huge part of Autocross Racing
Working Course is a great learning tool
46:20 When you get faster nothing is sneaking up on you
47:00 Course Walks Take 1 concentrated walk, walk 3 or 4 times and at the end do mental drive thru
48:50 Get your car on key cones and be on exit of a corner.
Back edge of slalom cones - Enter first couple of slalom cones at a bigger angle rather than a straight/flat angle.
1:03:00 Look through a slalom to the last cone - you will see the cones closer to you as you focus on the last one
1:11:00 Left Foot vs. Right Foot Braking -
In a kart you can get away with more than you can in a car. Karters are more likely to spin on entry. Cars need to use the brakes more.
How much weight transfer do you need?
1:21 Left foot braking takes years to learn
1:23:30 Z06 Corvette vs. Lotus Elise
1:27:40 Rival S vs. Rival S 1.5 - Shock changes rather than spring changes. Turn in is so great he doesn't know if he would want to have a Corvette turn in like that.
1:36 Mental Game
He looks at video more that data
1:38 In life think things through
1:45:30 He is best at teaching and Larry Fine is his favorite instructor
1:51 Baja 1000 - Super Fun (He would move there and race every race if he could).
2:08 He does some Teen instruction and thinks kids should practice in their cars.
2:14 Favorite car - Corvettes - 71 Stingray

Contact him at EvoSchool.com and find his classes and get seat time along with instruction!