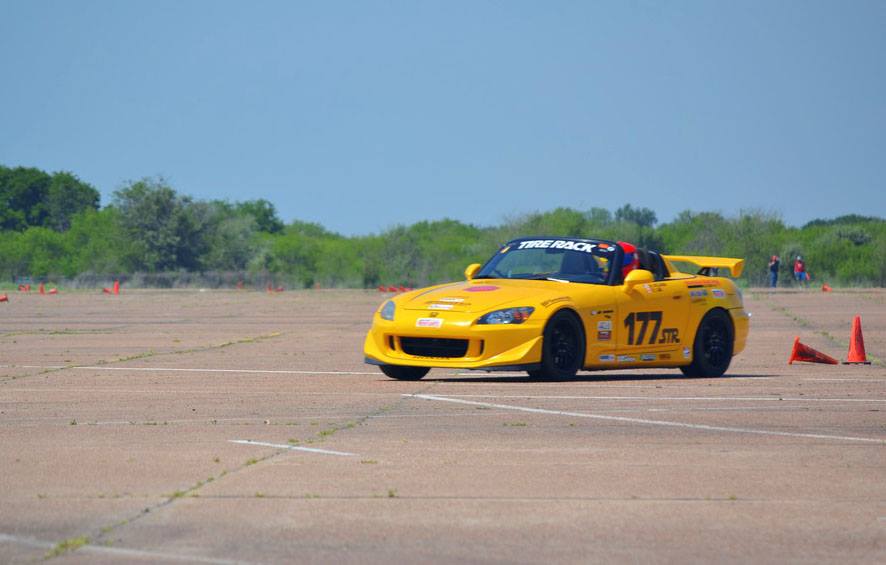 Vivek Goel is this weeks guest. He has a blog to share Autocross Tips to help you with autocross racing which is www.BeyondSeatTime.com

I really tried to get great audio having Vivek record with a recorder on his end but even after hours of editing I had to revert back to the skype file.  I did use a new software program (Thanks again Brian) which I think really helped cut the hiss down on his track.  Still trying for better audio quality.

He has made 9 trips to solo nationals collecting 6 trophies, 1 podium and 1 top time in the class on one day.

And he autocrossed an Acura NSX for a couple of years!  (I remember suggesting he get Eric Strelniecks to drive the car, he replied that Eric was to tall, so I sat in the car and realized I was also to tall and thus removed the NSX from my wanted car list.

He has designed courses in Texas as well as some for Solo Nationals. He said he struggled to become a fast driver and thinks that helps him help other people.

He is currently driving a CR2000 in STR and has driven many other cars including a Corvette.

He mentioned that it took him a long time to figure out how to driver rear wheel drive cars.  He said he kept spinning them (That might be because he has a theory that the fastest way around a turn is with a slight slip angle 😉