On the first take we forgot about the crazy story of his Mini being stolen right before Nationals so we had another call to record that story.

Craig is one of the drivers with success in FWD and AWD. And unlike many he has gone back to FWD with a very fast SMF honda.

We cover all the typical questions relating to autocross including:
The metal side
What he actually does physically: looking ahead, walking courses to find the key elements
Tuning vs. Driving
Slower when overthinking
Tight line in the rain

He also talks about co-driving and the advantages of it. 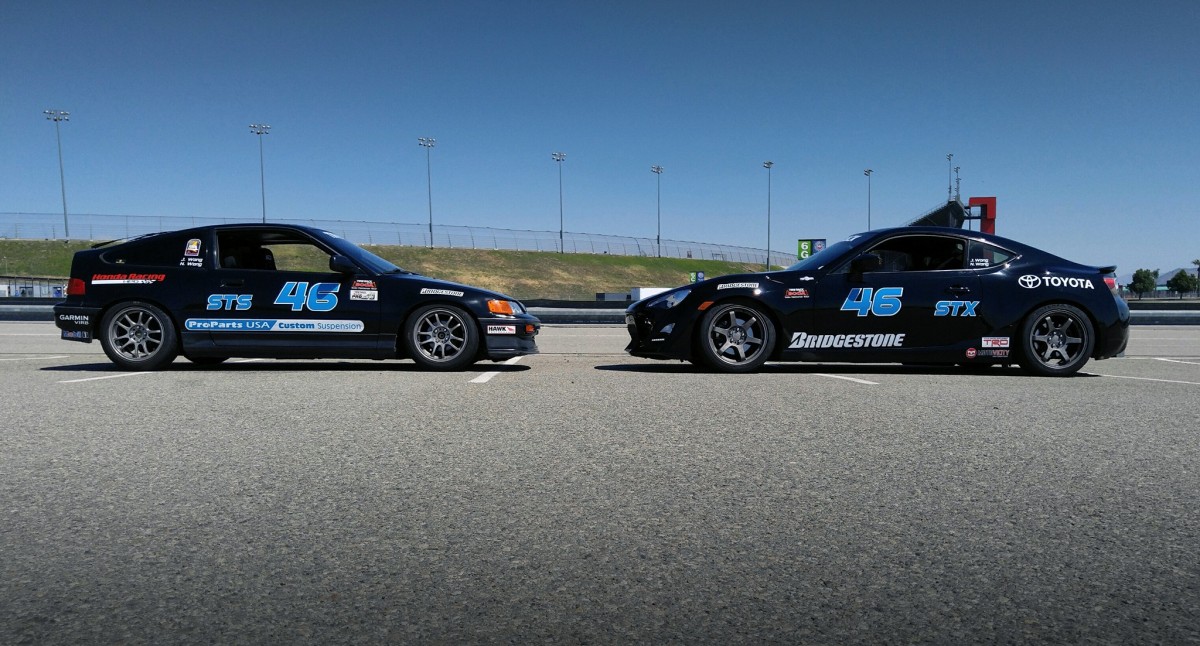 Nicole and Jeff Wong are featured on this podcast they are multi time SCCA Autocross Champions.

They both have won trophies all 8 trips to Nationals.

They started in STX and are currently back in STX after many years in the Civic Si, Civic Del Sol Si and CRX Si.

We cover a lot of autocross tips and thoughts in this 2 hour podcast including some thoughts on setup as well as what ProPartsUSA.com sells and services suspension wise.

We cover course walks and the mental practices of each of them as well as car setup.

Jeff's goal to set the car up for feel really stands out to me.

Jeff also recommends to get dyno graphs with shocks!

This was a fun and insightful interview with Brian Peters who is a multi SCCA national champion and pro solo champion.  He is fast and shares his thoughts with us.

Brian was the 2015 Driver of Eminence award winner and multi time national champion in SOLO and Pro Solo in many different classes.

Brian started out in 1999 when he got invited to an event – had a great time and realized he was good at it, been doing it since.

His first car: Toyota Cressida AT ‘80 - Check out a photo here.

In the beginning Brian hit some local events and traveled a bit. The first few years was just really about having fun for him.

If Brian could drive anybody’s car right now? Kiesel’s will be high on the list.

If Brian could build any car? A Mustang - I kinda pick the underdogs.  (I forgot to ask him then why a corvette...oh this was a question with unlimited budget 🙂