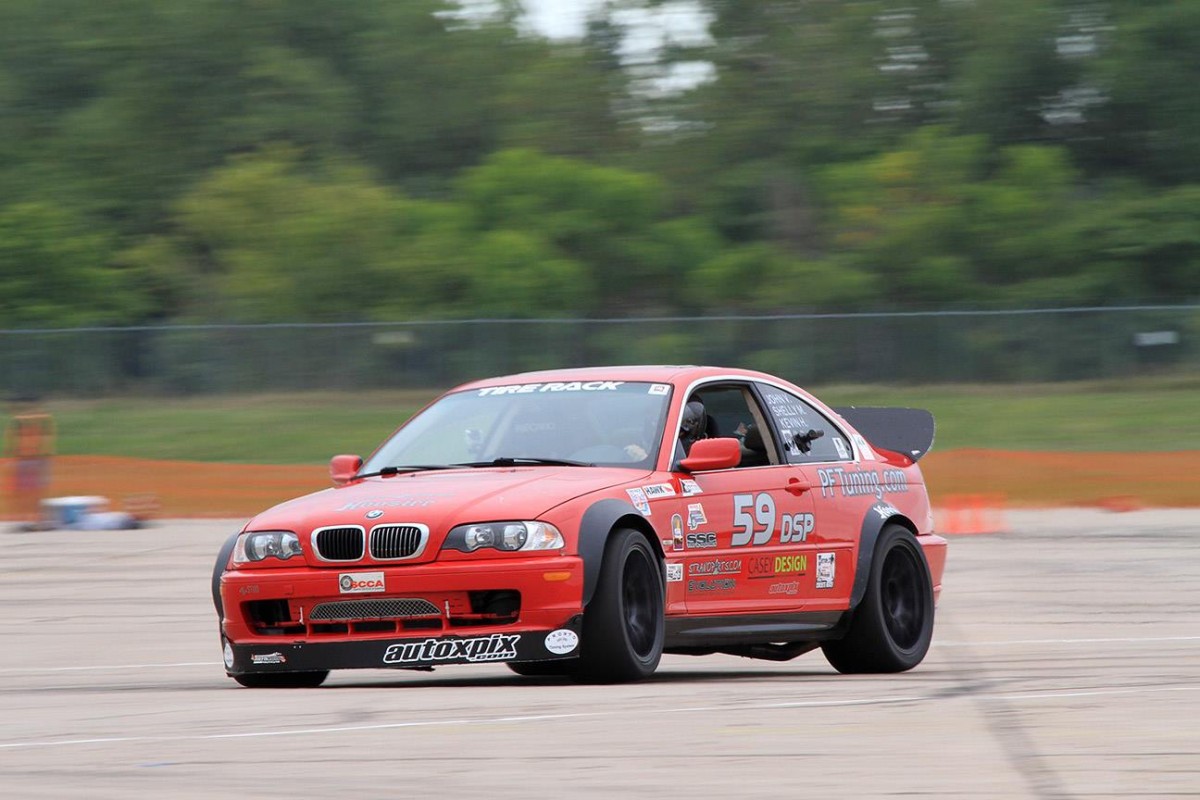 He has 5 Solo Nationals trophies including a 2nd and 3rd in DSP.

He talks about practicing on the street for brake pedal feel as well as other common autocross techniques.

He also covers feeling weight transfer and how the boxter was good for learning that.

He has the opinion that the Elise is and evil car (we don't all bond with all cars - I remember Andy Hollis saying how he didn't bond with the Porsche GT3 on the autocross track).

He thinks he has made all of the Street Prepared mistakes and reviews those.

He covers his thoughts on LSD limited slips for autocross versus limited slip LSD for track applications. For autocross you want a more open diff on deceleration (I believe since autocross courses have many more and much tighter turns we don't want the limited slip differential keeping both drive wheels locked together like a kart which needs to lift a wheel to turn).

He also covers a visualization technique from previous guest Neal Tovsen of ConeCoach.com which has him sitting in his car at home visualizing and feeling positive.

He mentions how Sam Strano taught him to look for little details like bumps on the course which can upset the car if your line choice includes them. (The prosolo courses at nationals usually include a few lips).

He covers his mental strategy for prosolo as well as treating course walks everywhere like it is Solo Nationals.

He mentions how helpful it can be to have a spotter watching your runs to give you extra feed back.

Like other guests he talks about the benefits of using video and data from your autocross runs in combination with reviews from others.

He relates how he applies a ski lesson from his dad of looking between the gates to autocross courses.

John Vitamvas started his autocrossing in a late 80's black RX7 turbo in highschool in the late 90s. He then took years off being that he was in college and he had a limited budget.
His next car was a Ford Taurus SHO, he then stepped up to a E36 BMW M3.

His first trophy at nationals was in a RX8 (Which he thinks is the car for DSP and would make a great SM car.)

He also drove a Boxter S in AS with no limited slip. He loved the C5 Corvette Z06 that he autocrossed (I think we all would).

His favorite car is his DSP BMW.
He would like to drive Beth's SSM RX7 with the 3 rotor.

He thanks Peter Florance of http://pftuning.com/ for all of his help and patience.

He also thanks Sam Strano for his knowledge to go along with the parts he sells both OEM and performance. http://www.stranoparts.com/